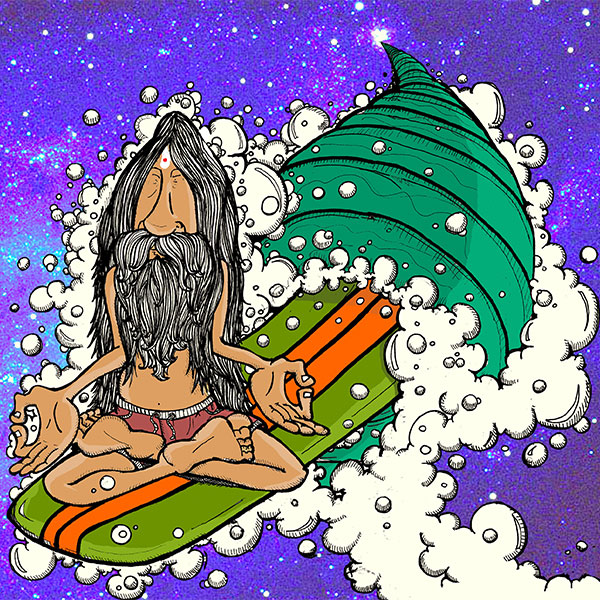 I still remember the day when my friend Andrea told me:

“I’m going to take pictures of a guy who’s a shaper and decided to drop everything. He bought a camper and in a few weeks he will start traveling around Europe ….” 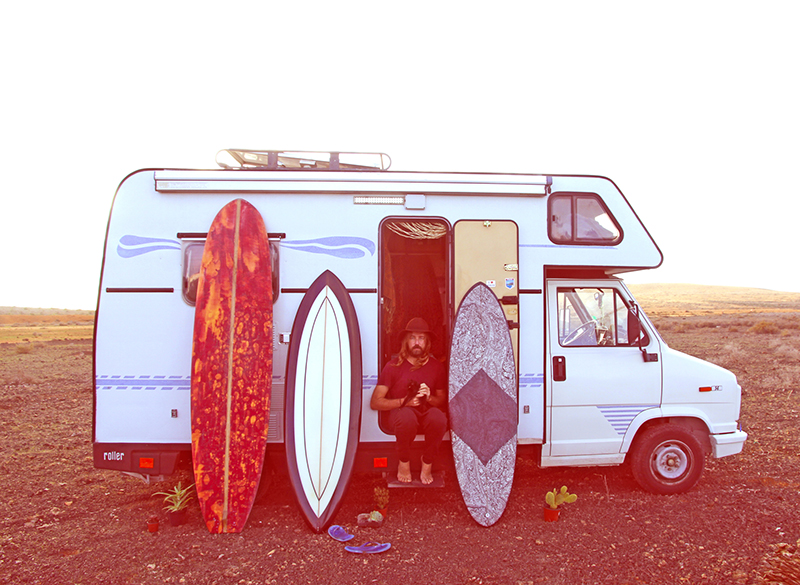 At that time I didn’t even know what a shaper was, but I understood the meaning of all that Andrea told me. It meant freedom!

I thought “what a fool!” And immediately after “he will finally be free to manage his time and his life.”

After all, that’s what everyone wants, but few of them have the courage to do.

After a few months I met the shaper in person (in the meantime he also understood what a shaper does to live …) in Fuerteventura.

In a Chinese “trattoria” where I ate the best and biggest spring rolls of my life, I met Marco, who told me about his life project.

He told me that by now tired of the city and its dynamics, he had decided with his partner (now his wife) to take their cat, a camper van and start living around Europe.

Today it has become customary to hear about nomadism, about people who drop everything and decide to live around the world.

6 years ago this type of approach was not taken for granted.

For this reason I was fascinated by his story. I felt it very close to the life path I had in mind to undertake.

It was that evening, talking about surfing, waves, projects and lifestyles that Marco and I started thinking about a shared project.

Marco told me that in addition to being a craftsman who shaped surfboards from a rough foam (now you know what a shaper does too) he did very well with illustrations and graphics.

In a nano second my brain did what I call a creative short circuit!

I worked out all the keywords stored and boomed at the speed of light! 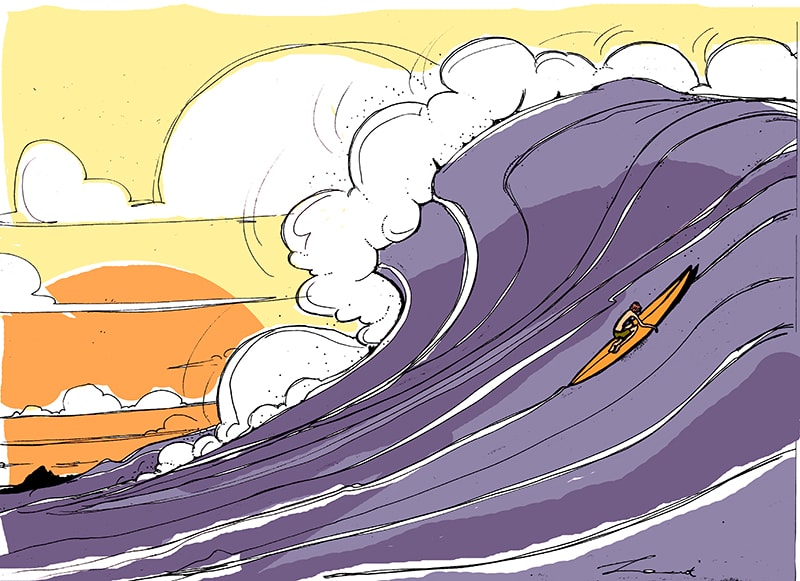 At that point, did I say “Marco, let’s start making your illustrations known to the world?”

Let me know if you liked the story I told you, leaving a comment below.

If the article has made you happy, share it with your circle of friends, they will thank you! 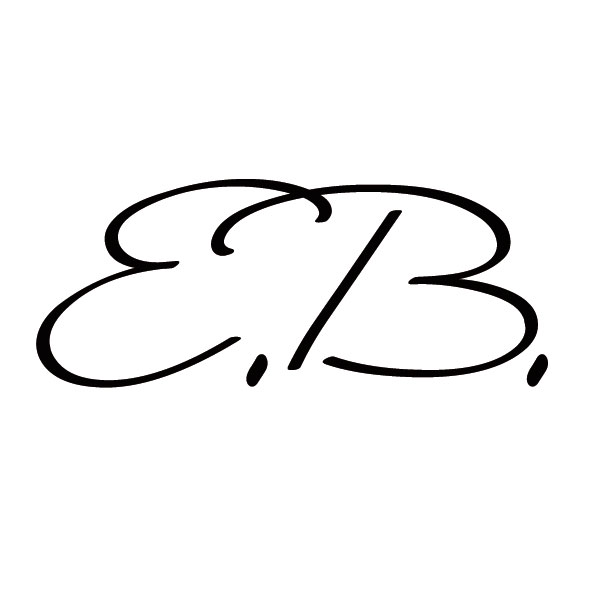 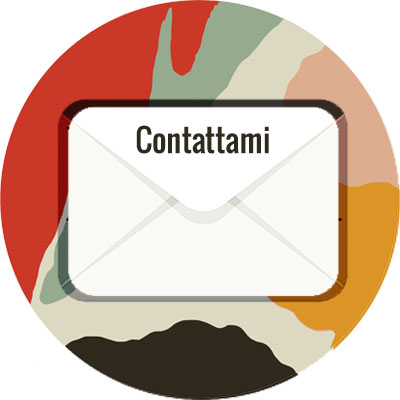 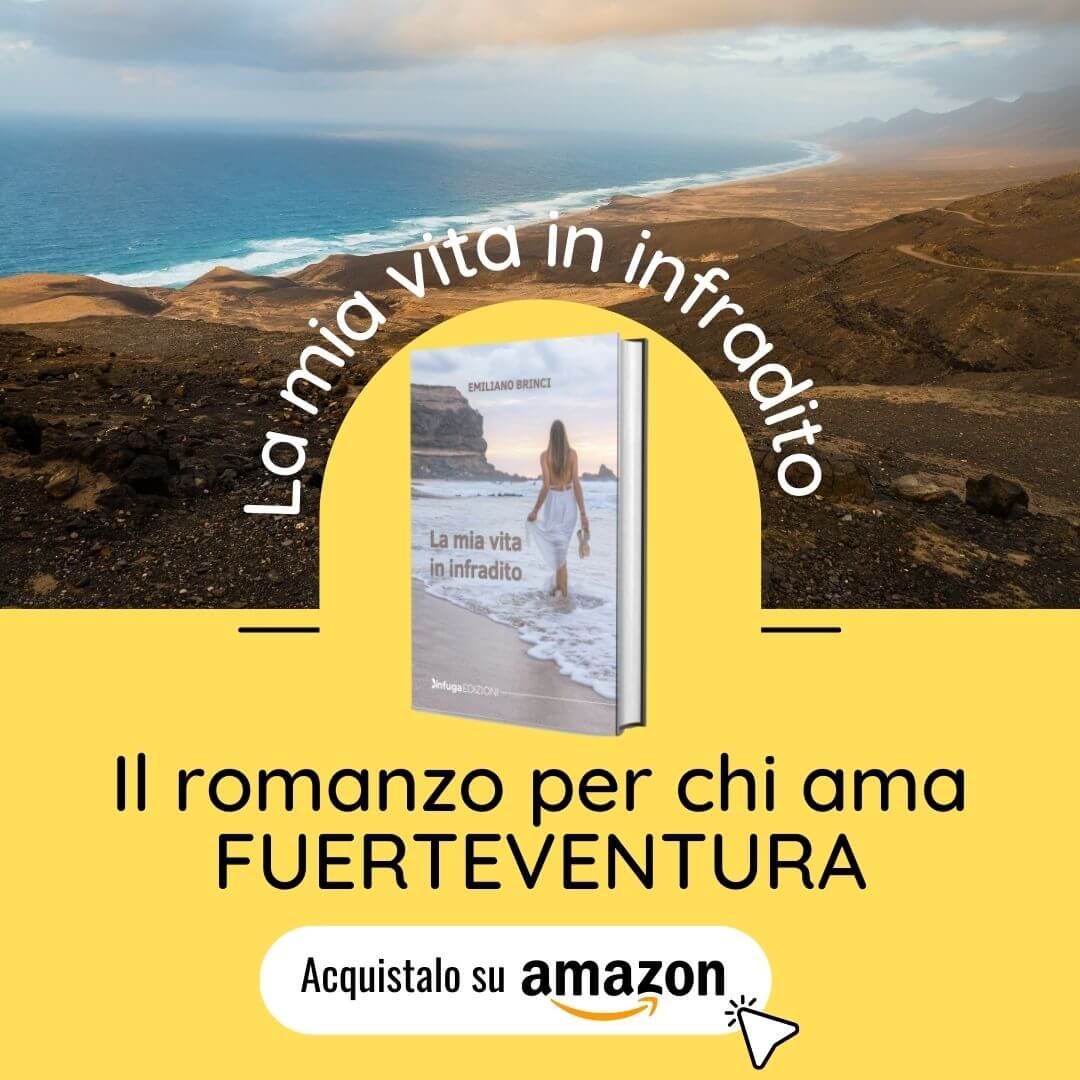 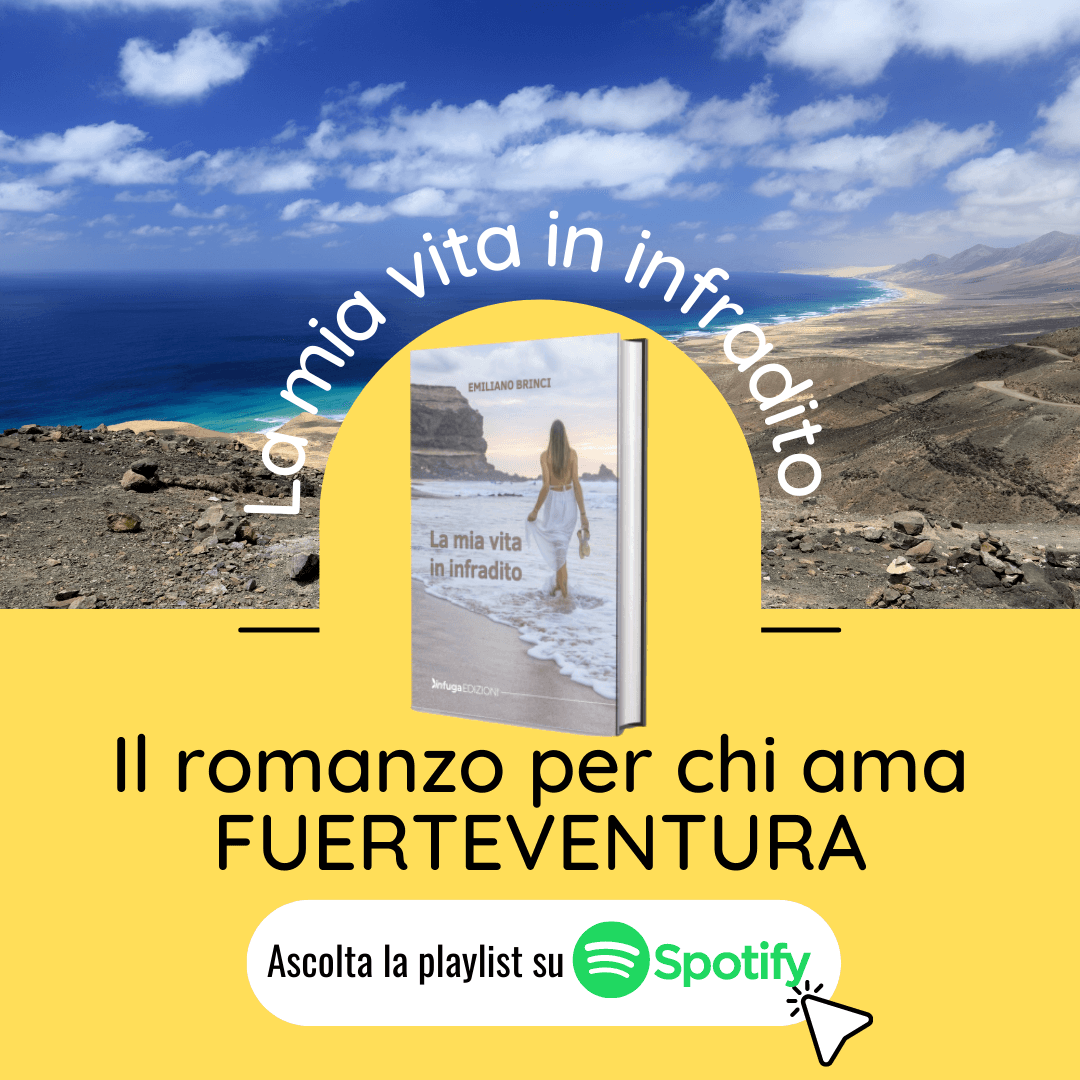 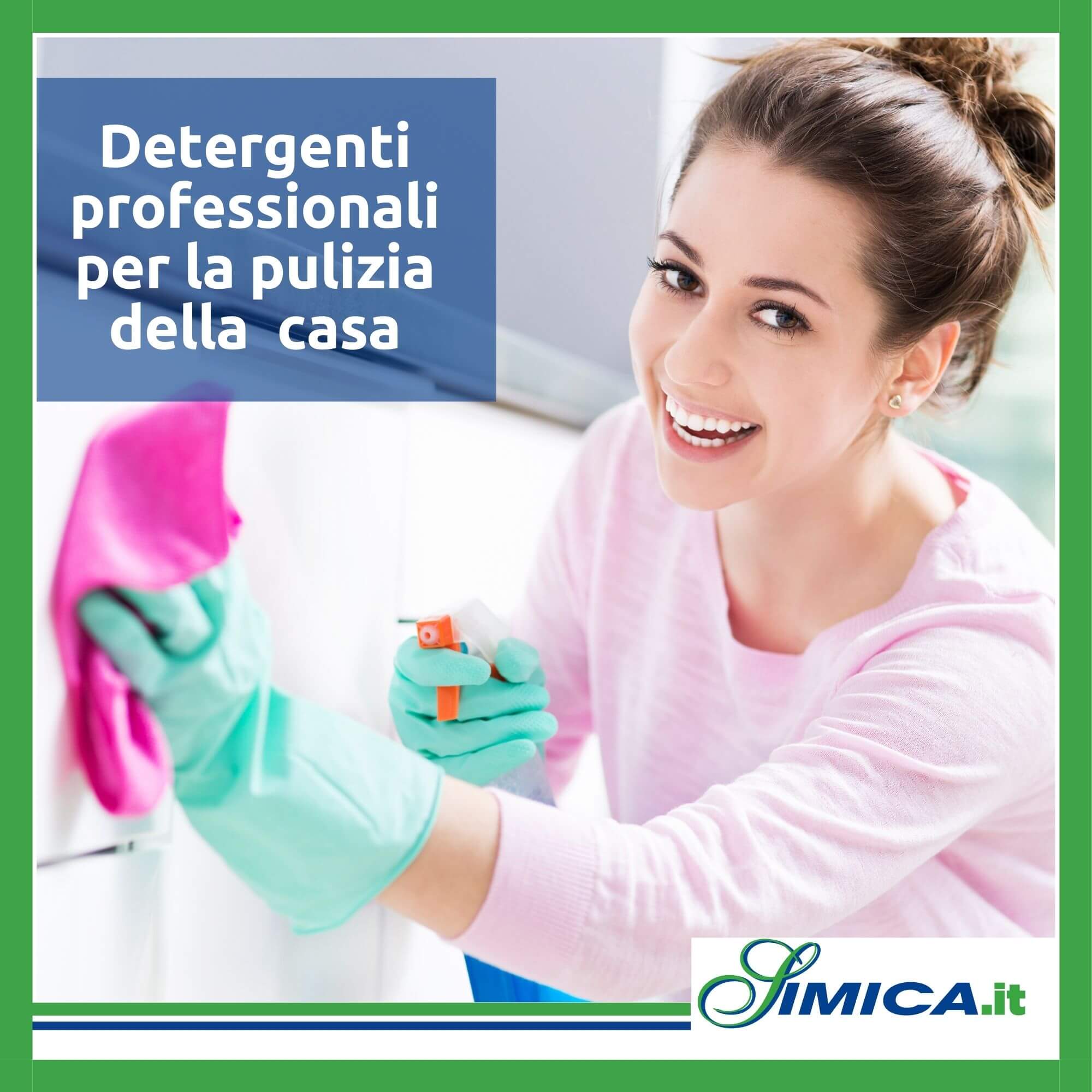 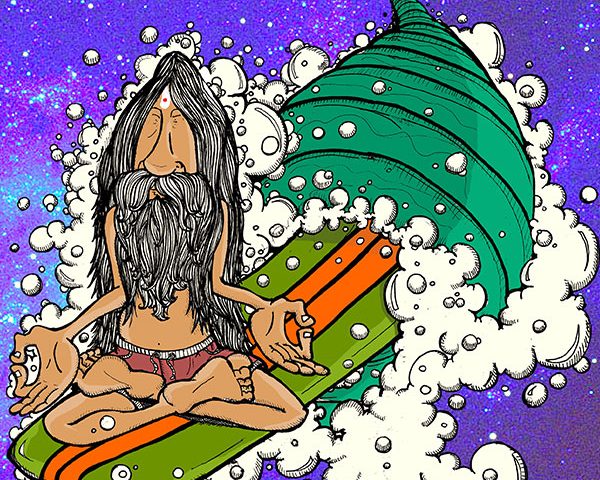 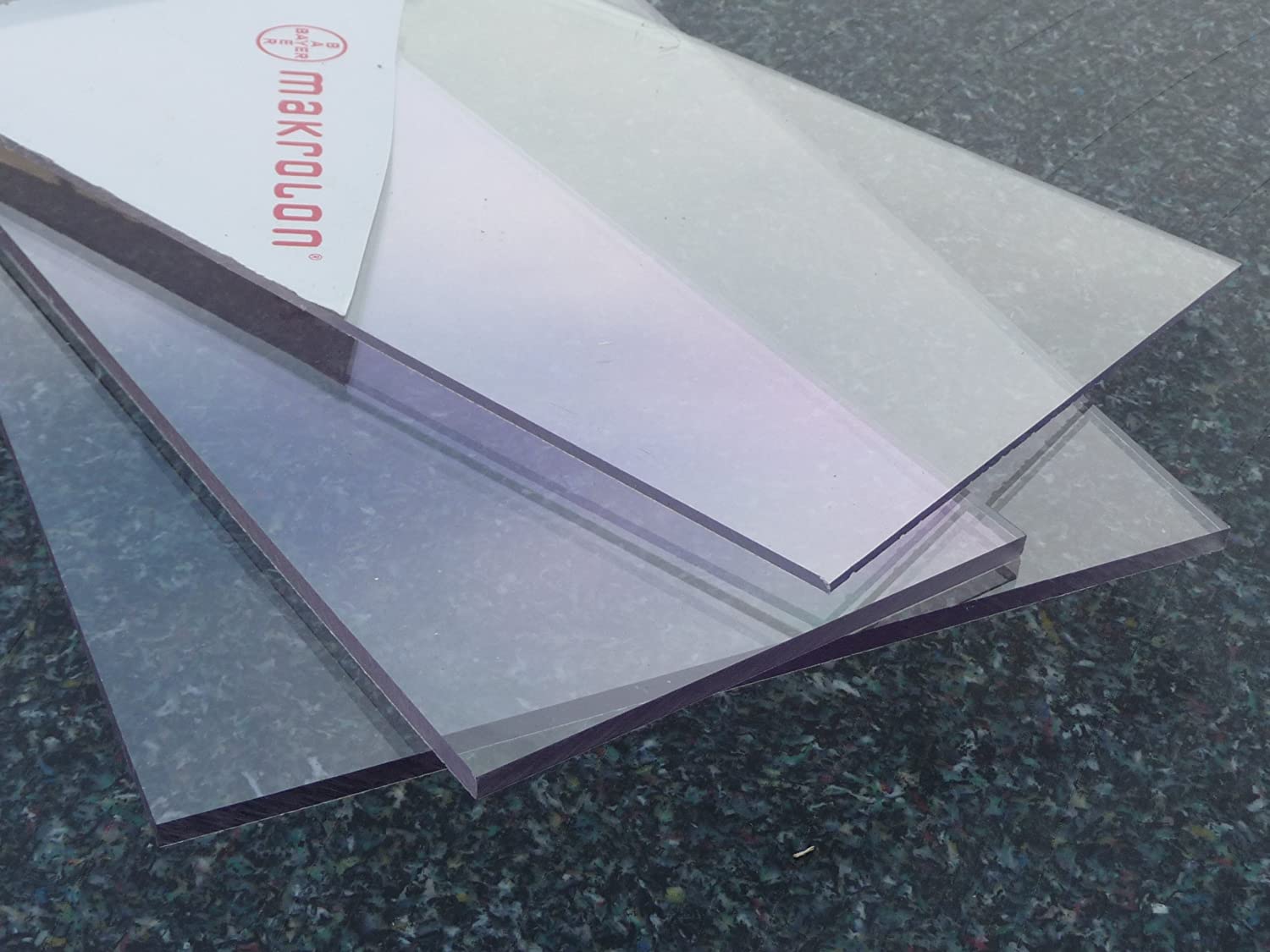